Skip to content
COVERED BY THE BLOOD OF JESUS!

“For it pleased the Father that in Him [Jesus] all the fullness should dwell, and by Him to reconcile all things to Himself, by Him, whether things on earth or things in heaven, having made 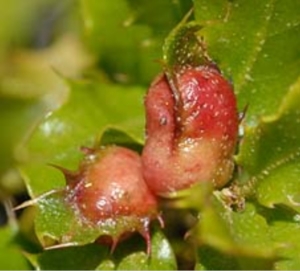 Psalm 22 is what is referred to as a Messianic Psalm — i.e., a psalm of prophecy about Jesus, the Messiah. I would guess that most of us are familiar with it. It begins with the anguished cry that Jesus made on the cross: “My God, my God, why have you forsaken me?”

I was fascinated to learn a little more about a portion of this psalm that I simply had to share with you! In verse 6, it says,

“But I am a worm and no man; a reproach of men and despised by the people.”

I have always considered that this phrase, “I am a worm,” was simply an indication of extreme degradation and helplessness that meant something like, “trampled under foot, despised, helpless.” Maybe that’s what it means. But consider this:

Usually in the Bible the Hebrew word for a worm is “rimmah,” which means, “a maggot.” But that isn’t the word used in this verse. The word used here is “tola’ath” which means, “crimson worm,” or “scarlet worm.” As we know, both crimson and scarlet are a deep red in color.

There actually is a worm that is common to the Middle East, predominantly Israel, known as the Crimson worm. The Crimson worm is a unique worm that looks more like a grub (beetle larva) than a worm. When it is time for the female or mother Crimson worm to have babies (which she does only one time in her life), she finds the trunk of a tree, a wooden fence post or a stick. She attaches her body to that wood and makes a hard crimson shell. She is so strongly and permanently stuck to the wood that the shell can never be removed without tearing her body completely apart and killing her.

She lays her eggs under her body and that protective shell. When the baby worms hatch, they stay under the shell. Not only does the mother’s body give protection for her babies, but it also provides them with food – the babies feed on the living body of the mother for three days.

On day four, when the young worms grow to the point that they are able to take care of themselves, the mother Crimson worm dies. As she dies, she oozes a crimson or scarlet red dye which not only stains the wood she has attached to, but also her young children. They are colored scarlet for the rest of their lives. Then the tail of the mother worm pulls up into her head, forming a heart shaped body that is no longer crimson but has turned into a snow white wax, looking like a patch of wool on the tree or fence. Slowly it flakes off and drops to the ground looking like snow.

Now look at the typical (type) correlation between this magnificent act of nature and our Savior’s sacrifice:

—Just as the baby worm feeds on the mother, so, Jesus said, he who feeds on Him will live (John 6:57)
— Just as the mother worm attaches herself to the tree or fence, Jesus was attached to a wooden cross – a type of tree. It was God’s plan from before the foundation of the world to send His Son to die on the tree for us (I Peter 2:24).
—Just as the baby worm is marked by the mother’s crimson dye for life, so a repentant sinner is marked by the blood of Jesus for the forgiveness of sins and to receive new life (Hebrews 9:14; I Peter 2:24)
—Just as the mother worm, on her death, excretes a crimson/scarlet die that covers the baby worms and stains . . . . or marks . . . them, so Jesus died for us (Romans 5:8). His death brought forth His crimson/scarlet blood that both washes away our sins (Revelation 1:5) and marks us as His own (Revelation 22:4).
—Just as the mother’s body, deplete of the red dye, falls to the ground white like snow or wool, so Isaiah says, our sins that are colored scarlet will be turned white as snow or wool (Isaiah 1:18).

Isn’t that an amazing type in nature of what Jesus has done for us?

There are people — even or maybe most especially who claim to be Christians — who want to dismiss any talk of the blood of Jesus. Christianity has been derisively called a, “bloody religion.” But those people are not truly filled with God’s Spirit, because if they were they would know that Jesus’ death and the shedding of His blood was the greatest display of love ever performed. Jesus Himself said,

And that is what Jesus did for us.

The world can’t grasp the beauty and significance of this, and indeed, Scripture says, “the message of the cross is foolishness to those who are perishing,” but Scripture goes on to say, “but to us who are being saved it is the power of God”! (I Corinthians 1:18)

The crimson dye of the mother Crimson worm marked her babies for life. The blood of Jesus provides eternal life to those who gratefully accept His sacrifice, and marks us for life as His own.
Being covered by His blood means that when God the Father looks at us, He sees the righteousness of Jesus instead of our sin! (II Corinthians 5:21)

If, today, you have accepted this ultimate gift of Jesus, then may these few words and this example from nature give you a renewed sense of awe regarding the astounding sacrifice Jesus made for us on the cross. If you have not yet accepted this overwhelmingly gracious gift of life from Jesus, then I invite you to do so today! You are the reason Jesus shed His precious blood. He died so that we can appear as white and clean as the driven snow before God the Father. Forever.