Skip to content
Humility: A Character Trait of Our Savior

I was looking at the lyrics for, “Away in a Manger” a few days ago, and one word came rushing to my mind as I did so: humility. And one passage of Scripture popped immediately into my mind as 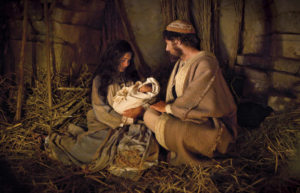 “Let this mind be in you which was also in Christ Jesus, who, being in the form of God, did not consider it robbery to be equal with God, but made Himself of no reputation, taking the form of a bondservant, and coming in the likeness of men. And being found in appearance as a man, He humbled Himself and became obedient to the point of death, even the death of the cross.”

Wow. Often I can read a passage a couple dozen times and then all of a sudden something in it leaps off the page at me. Have you been through a Bible study or heard a sermon series on characteristics/attributes of God? Have you ever heard humility mentioned as one of His defining characteristics? And yet, it is! The Bible says so!

It is the humility of our God that allowed Him to follow through with a plan for our salvation that had Jesus born not to a princess in a royal palace, but to a young teenager of modest means. Due to circumstances beyond her control — but completely within God’s control and design — this young girl was pretty much forced to have her baby away from all family, save her husband, in a strange city where there weren’t even adequate accommodations, compelling this couple to retreat to a stable where the livestock were housed. The King of all creation laid His head on hay in a feeding trough where cattle were ate their meals! AND THAT WAS HIS PLAN!

The phrase in Philippians 2 that reads, “did not consider it robbery to be equal with God,” is translated in the Amplified Bible as, “did not think this equality with God a thing to be eagerly grasped or retained.” Our Lord Jesus wasn’t insecure in His position of the Godhead, and afraid of losing His station. He willingly, humbly renounced His privileges [NOT His deity] as a member of the Godhead for a time, and took upon Himself the form of a bondservant.

What is a bondservant? Basically, a slave. Interestingly, according to one website I read, in Roman times — the era when Jesus walked the earth — the term bondservant or slave could refer to someone who voluntarily served others. That fits Jesus, does it not?

And what privileges, specifically, did Jesus give up when He chose to enter our time and space? My favorite Bible teacher, John MacArthur, lists several:

On the website indwelt.com, in an article entitled, “The Humility of God,” it says, “Humility is also the practice of expressing oneself in the spirit of deference or submission. This was the attitude of our blessed Savior, Jesus Christ, as He walked among men [Matthew 11:29]. He did not come to be served but to serve [Matthew 20:28]. He was the anointed King, yet He washed His disciples’ feet [John 13:1-17]. He was equal with God, yet He gave His life for us [Philippians 2:5-8]. Humility borne of love was the defining characteristic of His whole life. Yet He did nothing by Himself; He only did what He saw his Father doing [John 5:18-18, 30]. Jesus perfectly portrayed God’s character to us [Colossians 1:19-20 & 2:9].”

The cattle are lowing
The Baby awakes
But little Lord Jesus
No crying He makes
I love Thee, Lord Jesus
Look down from the sky
And stay by my cradle,
‘Til morning is nigh.

Be near me, Lord Jesus,
I ask Thee to stay
Close by me forever
And love me I pray
Bless all the dear children
In Thy tender care
And take us to Heaven
To live with Thee there 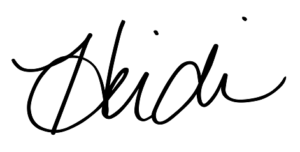