SERVANTS: WILL AND SARAH MIRON 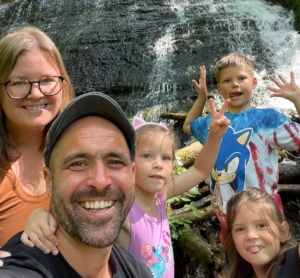 The Mirons are working to make disciples of Jesus in western Ireland by living life in community on mission. Their aim is to plant gospel-centered churches, not the mere brick and mortar building, but the family of God worshiping Jesus in community on mission for His glory. The Irish people are a soulful, relational, community-driven people. They are rich in culture, arts and have celebratory spirits. Many of the Irish have been hurt by and have lost trust in religious institutions, and have sworn off God all-together.

When assessing the needs for the gospel to advance in Ireland, church planting is the clearest and most strategic need to fill. Ireland tends to have the reputation of a reached country, but the fact is that only around one percent of its population would be considered evangelical Christians, making it the least reached English-speaking country in the world. Adding to this, for most of its recent history Ireland has also been exclusively Catholic, and this has resulted in the presence of very few gospel-preaching churches throughout the Island. Over 80% of the towns of 5000 people or more do not have a gospel preaching church in them. There is also a village mindset among the Irish, making it unlikely that they would travel long distances to belong to any gospel-preaching church that may exist. The need is clear: For the gospel to advance in Ireland we need new church plants in new communities that plant churches in new communities.